turkiyesimdi
Search
HomeNEWSCar drives into the gate of the Federal Chancellery

Car drives into the gate of the Federal Chancellery 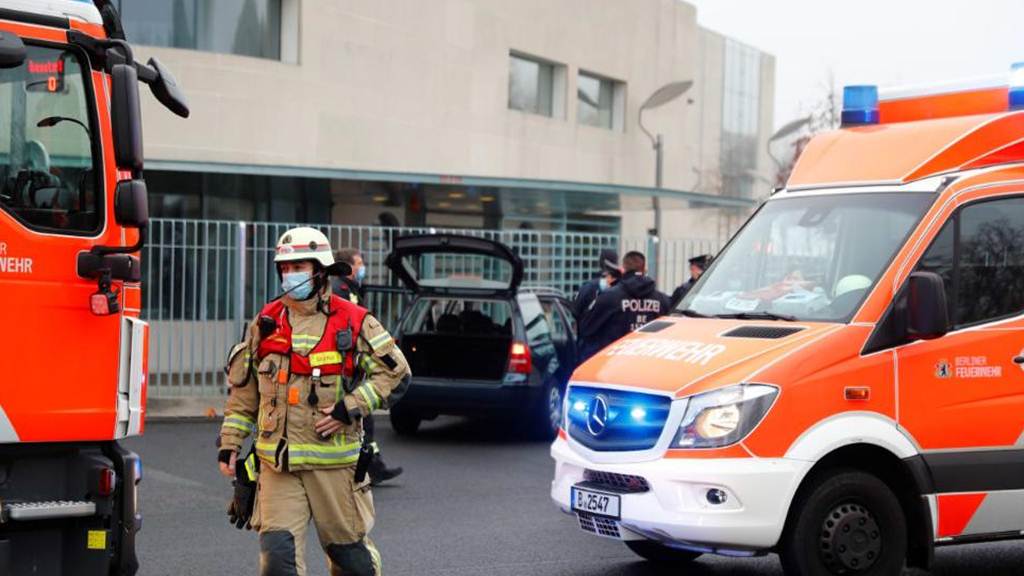 On Wednesday morning a dark station wagon drove into the fence in front of the office. Several iron fence pillars of the entrance gate to the Chancellery can be seen deformed in photos.

It may be a politically motivated attack. On the car it is written in white lettering: “You damned murderers of children and old people” and on the other side: “Stop the globalization policy”.

According to BILD information, the man wanted to hand over a letter to Chancellor Angela Merkel (CDU).

Apparently the same car – also smeared with political news – drove into the gate of the Chancellery in February 2014. At that time, one side of the VW station wagon said: “No more human-killing climate change” and on the other side: “Nicole, I love you”.

The then 48-year-old driver was then questioned by the police. Nobody was injured back then.

On Wednesday, a government spokesman confirmed to BILD: “Today, Wednesday around 10 a.m., a car drove into the entrance gate of the Federal Chancellery. There was little property damage. ”

“At no point in time,” said the spokesman, “was there any danger to the Chancellor, the other members of the Federal Government or the people employed in the Federal Chancellery,” the spokesman emphasized. The Berlin state police have taken over the investigation into the case.

Shortly after the crime, armed police guarded the scene and an ambulance could be seen on photos. After the crime, the perpetrator is said to have been taken into custody by the police.

Yesterday the Chancellor and the country chiefs laid down new corona rules and recommendations for the next few weeks and months. For months there have been partly violent protests against the corona policy of the federal government. However, due to the repetitive nature of the act, after more than six years a single perpetrator who has been angry for a long time is to be expected.