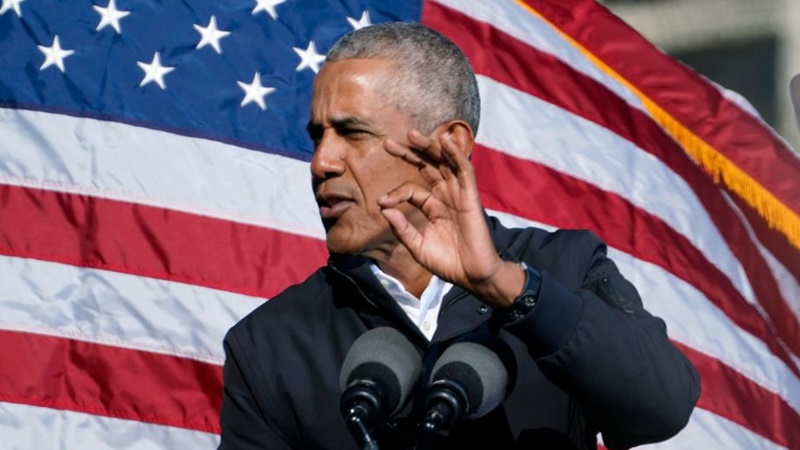 Former US President Barack Obama is settling accounts with his successor Donald Trump: In a book he accuses him of having put the safety of his family at risk by lying about his place of birth. In addition, Obama accuses the Republican Party of having made itself accomplices of Donald Trump and his lies.

In the first volume of his memoir, entitled “A Promised Land”, the first black US president describes how Trump has been spreading the conspiracy theory since 2011 that Obama was not born in the US and therefore not entitled to be US president . DER SPIEGEL will publish excerpts from the book, which will be published on Tuesday, in its upcoming edition. “At first I ignored this nonsense,” writes Obama. But he quickly discovered how Trump’s lie not only spread in the media, but also found an echo in the Republican Party. Who believed in the lie, was “Birther” (from English “birth” = birth).

Obama says there was an “emotional, almost instinctive reaction” to his presidency that had “nothing to do with political or ideological contradictions”. “It was as if my presence in the White House had awakened a deeply rooted fear, as if my opponents believed that the natural order of things was dissolving.” Donald Trump also understood this: “He promised millions of Americans who were frightened because of a black man in the White House an elixir to treat their ethnic fears.”

1
Direct line from Trump to Republicans

For Obama, the problem lies not only with Trump, but also with the Republican Party: The mood from the final phase of the election campaign of former Vice-Presidential candidate Sarah Palin and the Tea Party has increasingly “spilled over from the edge of the Republican Party to its core”. Obama draws a direct line from Trump to Republicans: “It was clear that Trump didn’t worry about the consequences of spreading conspiracy theories that he almost certainly knew were wrong, as long as he achieved his goals “writes Obama.